Day 8 (June 18)  In the morning there was just a short closing program, then handing over of artworks for the permanent collection of Trebnje Gallery of Naïve Artists, followed by a farewell lunch. 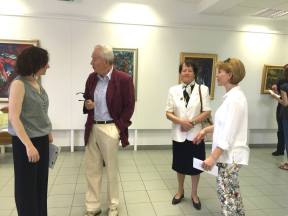 Here are the artists with Patricija Pavlič, Director, Center for Education and Culture in Trebnje and with the mayor of one of the municipalities supporting this meeting.

Visitors checking out some of the art handed over for the gallery’s permanent collection.

Paulina, Marga and Mia with their new souvenir mugs from the 49th International Meeting- courtesy of Trebnje Gallery 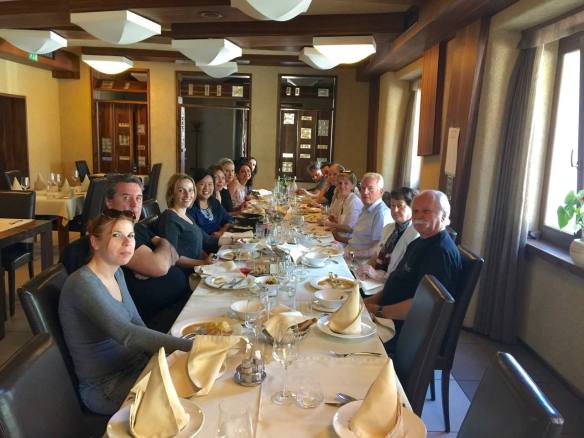 Farewell Dinner with fellow participating artists, Trebnje Gallery administrators and supporters, and film makers (they were filming the meeting to include some footages to a documentary they are making to be released on the 5oth year of this international meeting) 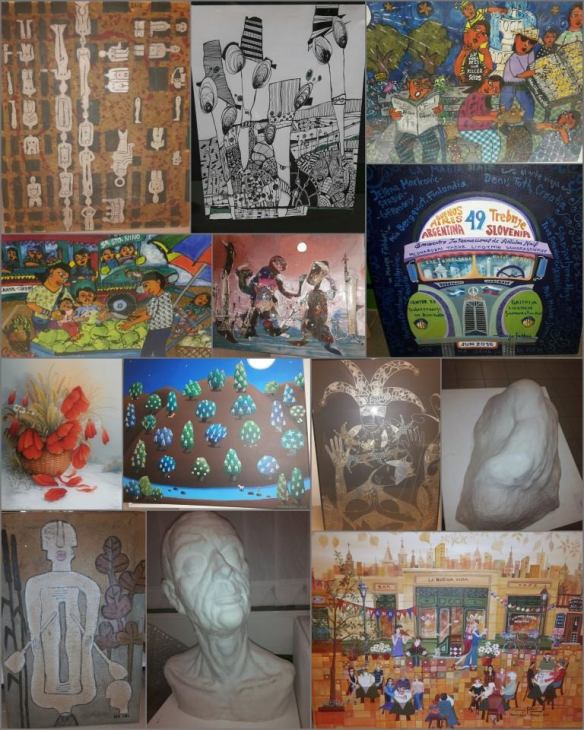 Here are the artworks created and handed over by the 8 participating artists of the 49th International Meeting of Naïve Artists (June 11-18, 2016) to the Trebnje Gallery of Naïve Artists, Slovenia