In February, we had a very special visit from two of Paulina’s closest Japanese friends – Mizue Kikuchi- Hoshi and Masatomo “Tomo” Toyoda.

They all met in the 90’s in Battig (ancestral home of the Sala Family and headquarters of both the Salvador and Pilar Sala Foundation and the Cebu Youth Symphony Orchestra/CYSO). Paulina was a pioneering member of the orchestra playing the flute while Mizue and Tomo were Japanese volunteers teaching and playing the violin and cello respectively.

At the Lobby of West Gorordo Hotel – Mizue, Tomo, Pau and Lucas

At the Lobby of West Gorordo Hotel – Tomo, Mizue, Pau and Lucas 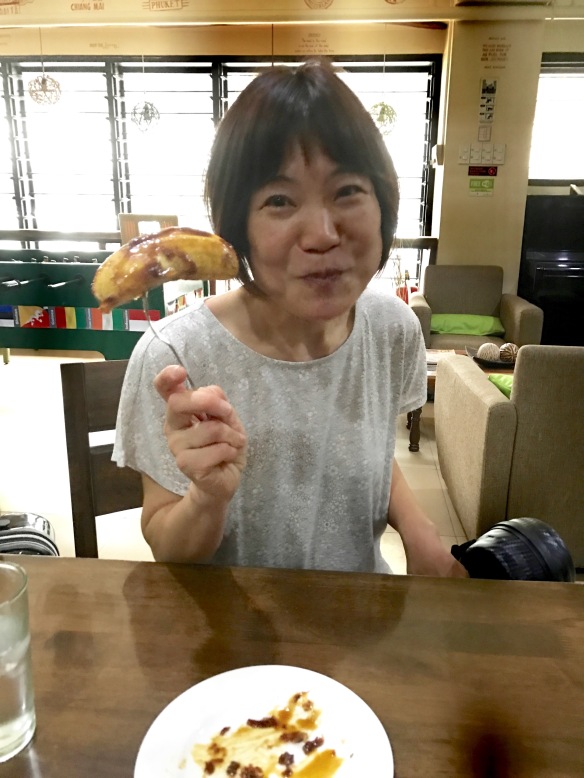 At WGH’s Journeys Cafe – Mizue enjoying some fried bananas, her favourite snack while a volunteer here in Cebu in the 90’s

Pau and Tomo in front of cello-themed art at MoNA

“I found it! This art belongs to me…I’ve been wondering all these years who stole it from me!” Tomo jokingly said to Paulina since this piece was hanging in his apartment the whole time he was a volunteer here in Cebu. Paulina had loaned it to him so his walls would not be so bare. 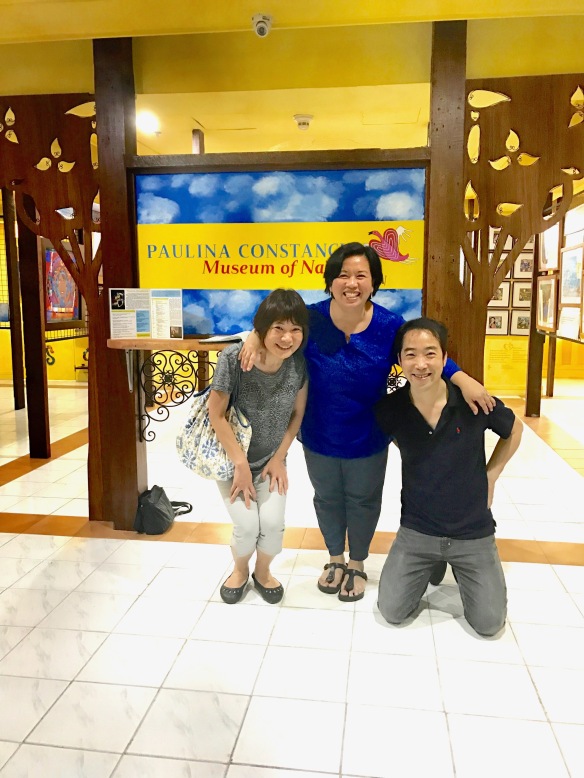 Three friends brought together by music and now reunited with art in the background.. 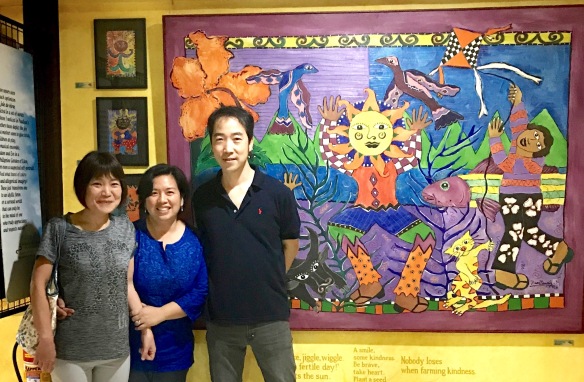 Mizue, Pau and Tomo at the MoNA 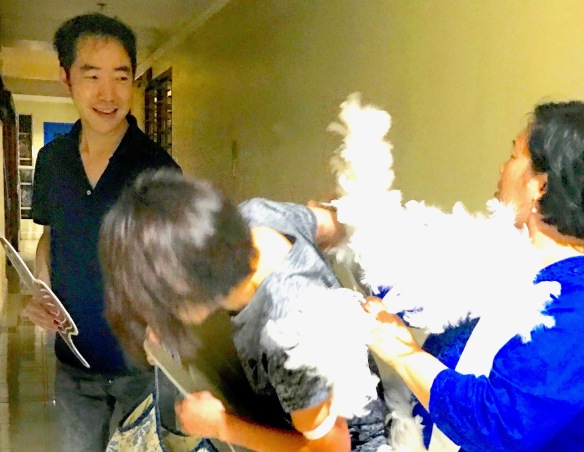 You two are going to be angels, ok?! Pau said to Mizue and Tomo.

Paulina with Mizue and Tomo, the flying heart birds

So why were Tomo and Mizue in town? To participate in the reunion concert of the CYSO with our beloved mentor/founder concert pianist Madame Ingrid Sala-Santamaria. Check out concert poster below.. 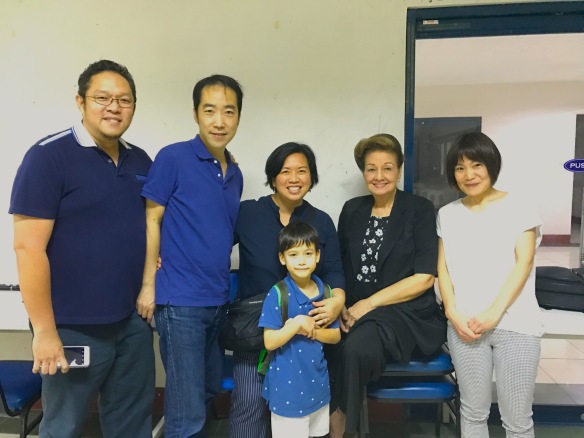 Photo with another CYSO pioneer Hannah Magdadaro and her daughters 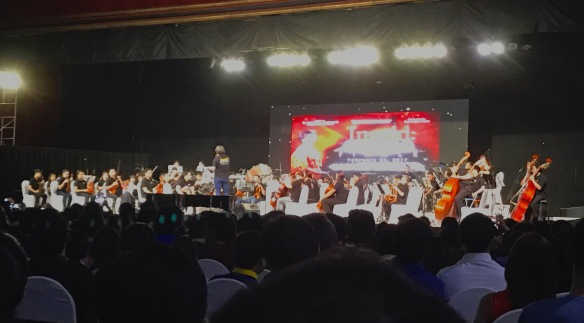 Thank you Mizue and Tomo for dropping by the MoNA! Keep playing music and stay in touch with us- your friends in Cebu! See you again!