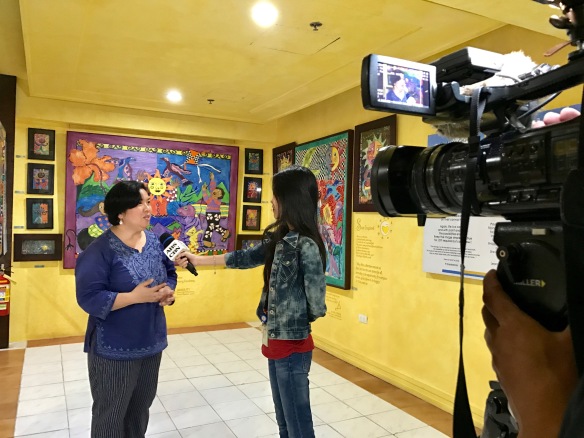 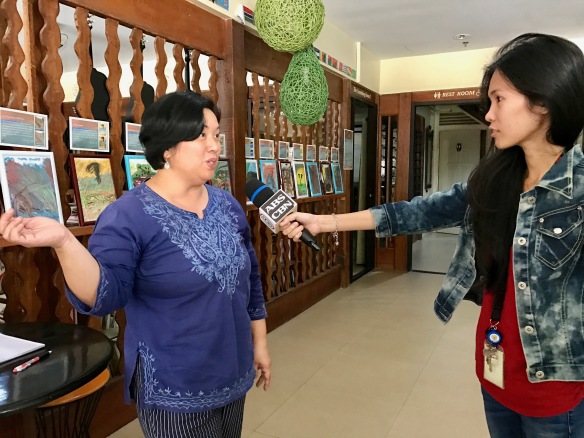 There was special interest in MoNA’s  on-going exhibition “Spontaneous Strokes” which was an output of an expressive arts workshop facilitated by artist Paulina Constancia for young survivors of violence and human trafficking. 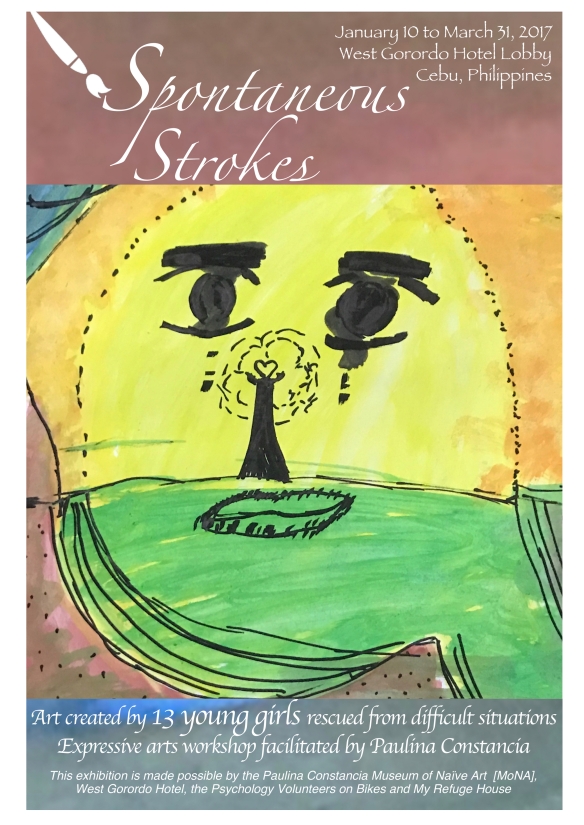 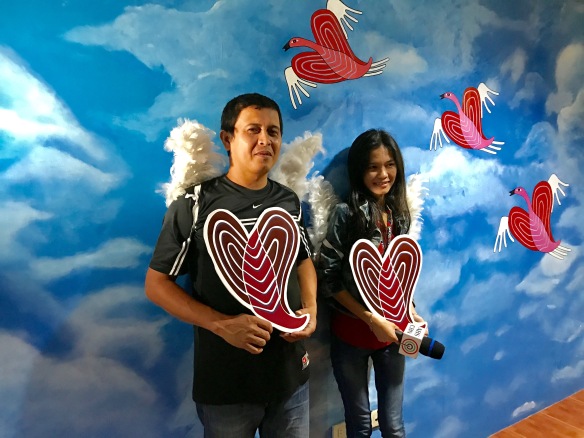 Producer and cameraman pose with the birds at MoNA

Maayong Buntag Kapamilya aired the MONA feature on Friday, February 24th.
Click on this link to watch episode on ABS-CBN