Today MoNA went to the University of the Philippines – Cebu to present a cross-cultural mental health workshop with Paulina Constancia co-teaching with Wae Seon Yun, a Korean Language and Culture Mentor from Busan, South Korea.

This workshop was made possible by an invitation from Professor Edna Lee for her Psych 155 Class – Abnormal Psychology.

The session started with Wae Seon introducing the students to Korean culture by means of the most famous Korean song – ARIRANG.

There are many versions of the Arirang. Here are the lyrics to the commonly known one: (Source: sweetandtastytv.com)

English
Arirang, Arirang, Arariyo…
Crossing over Arirang Pass.
The one who abandoned me
Shall not walk even 4 kilometers before their feet hurt.

Click on this link to hear Arirang and learn more about the meaning, history and significance of this song among Koreans (both North and South Koreans)

After teaching the class about ARIRANG (how to sing the song and its meaning),  Wae Seon talked about the unique characteristics of Korean culture. Then, of course, since the workshop’s  focus was on mental health, she moved onto the challenges that Koreans face – Korean women in particular. Among the topics mentioned were: depression, alcoholism, body image/aesthetic surgery..

Wae Seon then taught the class how to express emotions in Korean with Paulina providing an activity for the students to interpret these emotions. 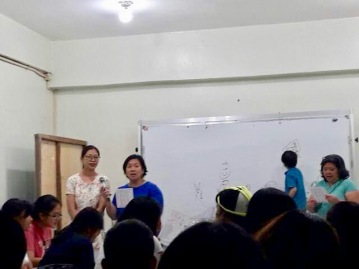 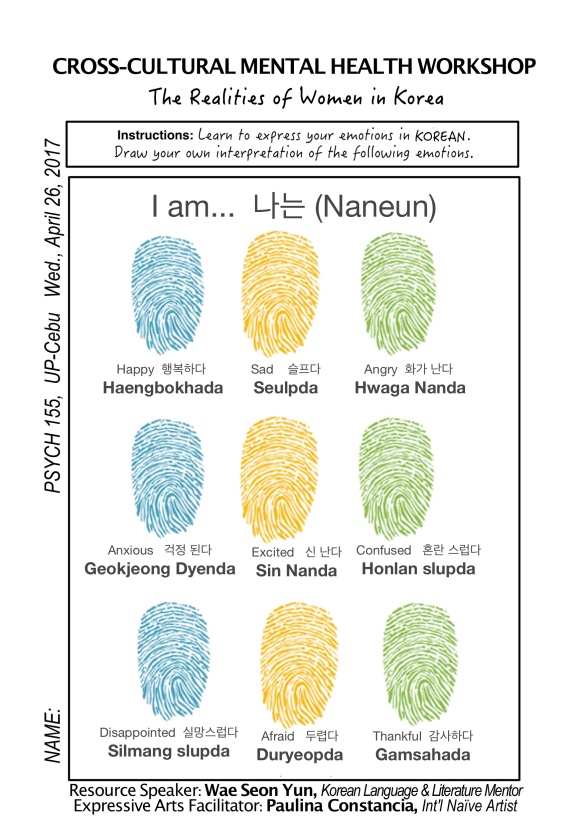 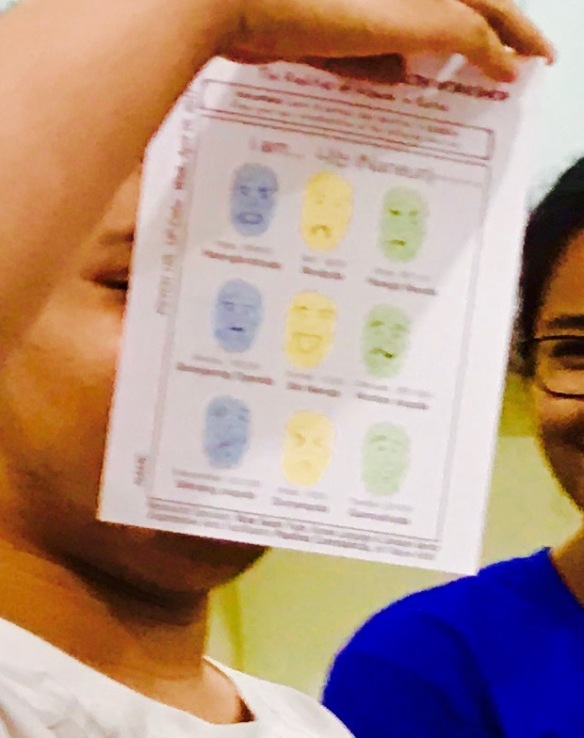 Sorry not many photos to show of the fingerprinted emotions, this was the only one captured on camera 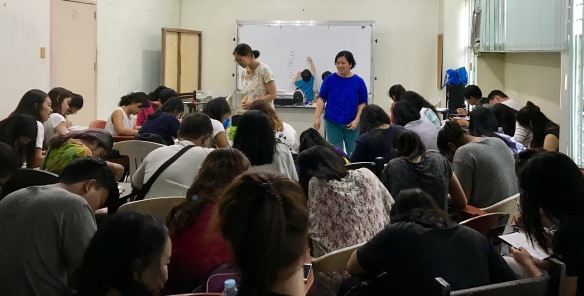 Check out succeeding posts for more photos from the Cross-Cultural Workshop at UP Cebu.