Celebrate Women’s Month with us, come see The CURVE Project – March 8-31 at the Lobby of West Gorordo Hotel. 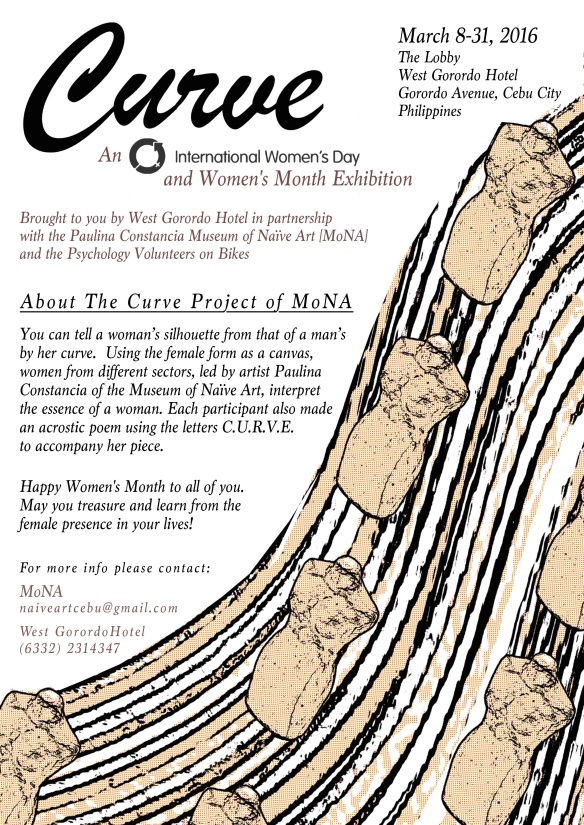 CURVE: An exhibition about the essence of a WOMAN as interpreted by women from different sectors

About The CURVE Project

You can tell a woman’s silhouette from that of a man’s by her curve.

Using the female form as a canvas, women from different sectors, led by artist Paulina Constancia of the Museum of Naive Art, have interpreted the essence of a woman. Each participant has also made an acrostic poem using the letters C.U.R.V.E. to accompany her piece.

Happy Women’s Month to all of you! May you treasure and learn from the female presence in your lives.

Check out this event and other Women’s Day events on the international women’s day website:
http://www.internationalwomensday.com/Activity/6154/CURVE